I received some bad news on the quest to become a published author front today, Modern Philosophers.

The publishing company that requested to read my manuscript sent a polite, personalized rejection email today.  They stated: “Unfortunately, it’s not quite right for us”.  As a result, Bruno, Wally and the rest of the gang must continue to seek a literary home as they fight crime.

The publisher made two suggestions.  One I found potentially helpful, but the other I really didn’t like.  I wanted to ask your opinion since you’ve read the serials, and many of you have reached out to me outside of the blog to discuss the stories and characters in detail.

So please let me know your thoughts. 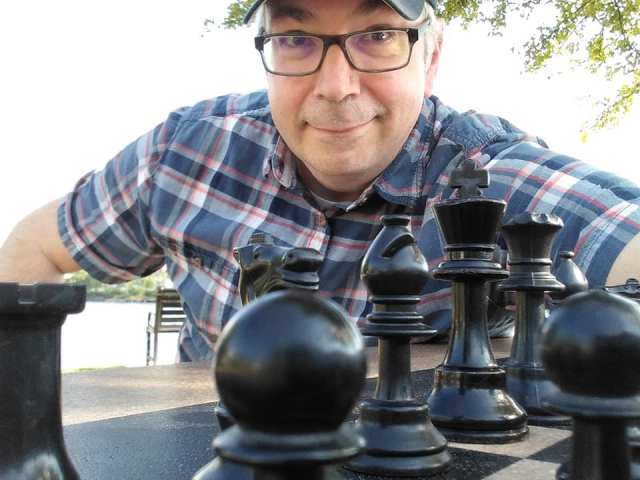 The first suggestion was to give the story a definite setting, even if it is a fictional city.  I purposely did not name the city for a couple of reasons.

It’s a combination of several actual places like the town where I currently live, the town in which I grew up, New York, and LA.  But it’s also none of those cities, if that makes sense.

A real city would have a huge police department to handle all its crime.  The Brunoverse is set in a town large enough to have gangs, organized crime, corrupt realtors, a homeless problem, and shady Church types, but small enough so that all the cool crimes fall onto Bruno’s desk.

I was also inspired by the movie SEVEN.  We’re never told in what city the story is set.  It’s almost a character of its own.  It reminds me of Seattle, and yet, it’s a car drive aware from the desert.

I wanted my city to be anonymous.  Do you think that’s a mistake?  When you read the serials, where did you think the story was set?  I’m afraid of limiting my readers’ imagination if I give it a set location.

Suggestion #2 definitely irked me, but I want to remain open-minded.  She wrote: “Also, the bad grammar of the detective is kind of endearing at first, but it’s so pervasive that it becomes a turn-off, at least for this reader.”

Okay, Modern Philosophers, be honest with me.  Did Bruno’s manner of speaking bother you?

We know he was a jock, who probably put athletics far ahead of mastering his mother tongue.  I also believe that Bruno plays up his challenges with the English language to confuse people as to how intelligent he is, as well as to intimidate them.

I have played with the idea of having him totally freak out someone, like real estate mogul Miles Fitzpatrick, by suddenly speaking in perfect English for an important conversation.

Down deep, I believe that Bruno’s speech is a character of its own.  I don’t want to change it, but if it’s standing in the way of publication, I need to know.

So be straight with me.  What do you guys think?

If you’re new to the blog and have no idea who Bruno is, I direct you to the two serials that are the basis for my novel: The Vanishing Corpse and The Vanishing Santa.

All feedback will be taken into consideration.  Thanks again for your support!

Native New Yorker who's fled to the quiet life in Maine. I write movies, root for the Yankees, and shovel lots of snow.
View all posts by Austin →
This entry was posted in Humor and tagged crime, detective, Detective Bruno, Humor, Modern Philosopher, mystery, Sarcasm, satire, serial, short story. Bookmark the permalink.