“You know how I really suck at dating?” Aaron asked after taking a long chug of his Snapple.

It was the last Sunday in August and the best friends were seated on their favorite bench next to the river.  It was a gorgeous morning and all seemed right with the world.

“I feel like that’s a trick question,” Holly confessed.  “My only actual knowledge of your dating skills comes from our one date, and that incident has been a topic of controversy between us over the years.”

She sipped her coffee and awaited clarification.

Aaron nodded to acknowledge that her concern made sense.  “Let me rephrase that.  You know how I am so unsuccessful at dating?”

Why, yes,” she replied with a bright smile.  “You complain about it all the time, so I feel like I’m basically an expert on the topic.” 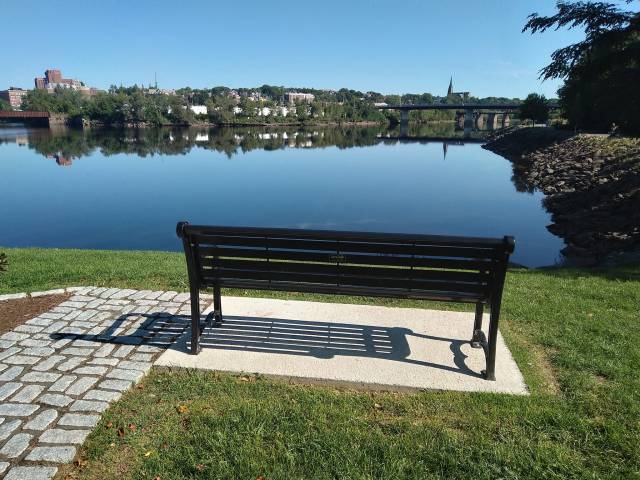 “Well, I’m here to tell you that querying for an agent and a publisher is a lot like trying to find a date on those dating apps, but I might suck at this process even more.”

Holly raised an eyebrow.  “Interesting thesis.  Please back it up with solid research findings.”

Aaron took a pull off his Snapple bottle and then complied with her request.

“I’m horrible at selling myself, which is why I can’t find a date or someone to champion my novel.  I wish I could just put a printing press in my basement, churn out copies of the book, and then sell them on my front porch.  But the business doesn’t work that way.”

Holly nodded her understanding.  “Which brings up an interesting thought.  Imagine how much easier dating would be if you could set up a lab in your basement and create women.  Then you could just bring them up to your front porch and have a date there.”

She giggled at her wit.

He sighed and rolled his eyes.

“Do you want to hear more of my rant, or would you rather mock me?” he inquired.  “I’ll leave it up to you since I’m the one who normally dominates these Sunday chats.”

Holly made a play of really mulling over his offer.  Aaron simply ignored her and stared at the river.

“I’ll go with your ranting please,” she finally announced.

“Those dating sites are all about posting a good photo and writing an interesting bio,” he explained.  “Since I suck at promoting myself, my bio is usually something like: I’m a socially awkward introvert who isn’t good around people because I find them ridiculously annoying and never know what to say.”

Holly grimaced.  “That is rough.  I probably would swipe off your profile and look for someone a little more human friendly.”

“The irony being that I’m a writer so bending words to my will is supposed to be my superpower.  Instead, I just make myself sound like someone worthy of a restraining order.” 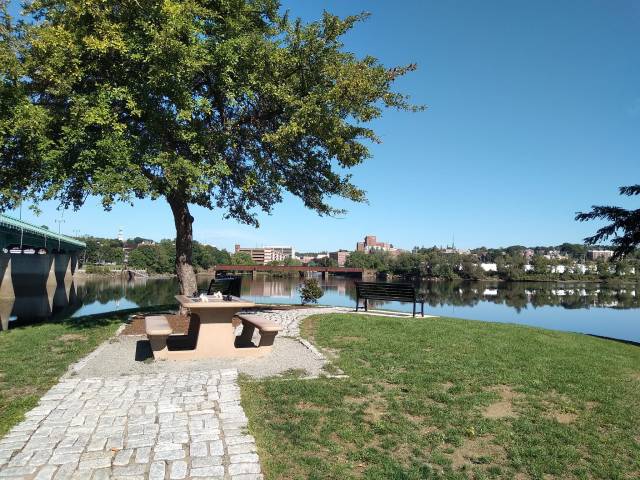 Holly giggled again.  “I’m not laughing at you.  I’m just amused by the picture you’re painting because you really are good with words.”

“I make things worse by posting a photo,” he said as he hung his head.  “I know I’m not handsome, but I’m by no means gruesome.  The thing is, I can’t smile in a photo because my eyes squint, which makes me look stoned or sleepy.  As a result look too intense, which is the last thing you want when you’re trying to convince a total stranger to trust you and spend time with you.”

“Aww, I think you’re handsome,” Holly assured him as she patted him on the shoulder.  “However, I have seen your profile pics on social media and now I understand why you use that photo of a certain time traveler as your online image.”

Aaron sighed and took another long gulp of his Snapple.

“Querying is even worse,” he explained.  “I’m trying to convince these hot shot agents and publishers who don’t really need another client that they should give me a chance.  Instead of a profile, I’m sending a query letter, but it’s more of the same thing.  I’ve got to talk them into being interested in me, and instead of being a socially awkward introvert who wants to present himself as outgoing and fun, I’m a screenwriter trying to pass himself off as a novelist.”

“In both situations, I’m the weirdo outsider who is never going to fit in.  They don’t ask for a photo, but they want the first chapter or the first twenty-five pages.  I know my story doesn’t take your breath away in the first few pages.  I’m more of a grower, than a shower.  I slowly build and then sweep you off your feet with all the twists and turns and witty pop culture references.”

“But if I can’t get these people to look past the awkwardly written query letter and give the manuscript a chance, I’m going to spend the rest of my life home alone on Saturday night.”

Holly’s beautiful face contorted into one of sadness and concern.  She hated to see Aaron feeling so down on himself, especially when she believed in him more than anyone.

“You really are a great writer,” she said sincerely.  “I wish I could make the querying process easier for you, but it sounds like the only thing I can do is continue to encourage you and not allow you to quit.”

“Thanks,” he mumbled.  “At least with dating, I have this romantic notion in the back of my mind that I can always run into my soul mate at a bookstore or rear end her in my car.

“But it doesn’t work that way with an agent or a publisher.  There is no meet cute option in this business.  I really am screwed if I can’t figure out how to convince strangers that I’m worth their time.”

“Didn’t you say earlier that bending words to your will was your super power?”

He shrugged.  “Yeah, but I also said that situations where I have to market myself are my kryptonite.”

“Sounds like this scenario needs an unexpected twist to save the day for our hero, and I don’t know anyone who messes with a reader’s mind better with the surprise twists than you.”

Aaron stared at her for a long time and then finally smiled.

“I knew I kept you around for a reason.”

She chuckled and pulled a Mounds bar out of her purse.  “You also keep me around because I always have emergency chocolate for situations like this.”

He accepted the candy bar and caught her completely off guard by kissing her hand.

Holly was working too hard to hide her blushing to respond.

To my fellow writers in the querying trenches, I know it sucks, but don’t give up!

Native New Yorker who's fled to the quiet life in Maine. I write movies, root for the Yankees, and shovel lots of snow.
View all posts by Austin →
This entry was posted in Humor and tagged best friends, flash fiction, Humor, Modern Philosopher, querying, Relationships, Sarcasm, satire, short story, writing. Bookmark the permalink.

6 Responses to Must Love Alliteration