The Undisputed Champions of Texas, Part 31

The infamous warehouse where all the trouble had begun was quiet.  This time, however, there was a boxing ring set up in the center.

David “Davy Boy” Berkowitz once again found himself back in the ring.  He was nineteen, lean, mean, and muscular.  His nose was perfect and his hair was close shaved.  A single spotlight shined down on him from the rafters.

Champ was not yet aware that he was his younger self again.  He slowly opened his eyes as if coming out of a very deep dream.  He heard the singing first.  A disembodied voice that crooned hauntingly from somewhere in the darkness to the tune of Danny Boy…

The right, the rights,

The singing snapped Champ out of his daze.  He immediately became aware of his surroundings and the body in which he inhabited.

“Not again!”  He shouted and immediately felt for this nose.  Even with the boxing gloves on, he could sense that his nose was undamaged.  For some reason, this really pissed him off.

“Benny!  Is that you singing?” he demanded as he danced in the middle of the ring.  “I’m not putting up with this crap again.  Come out and explain yourself.”

There was no response.  In fact, there was total silence.  The singing had stopped.

Champ peered into the darkness, but all he could see was black. 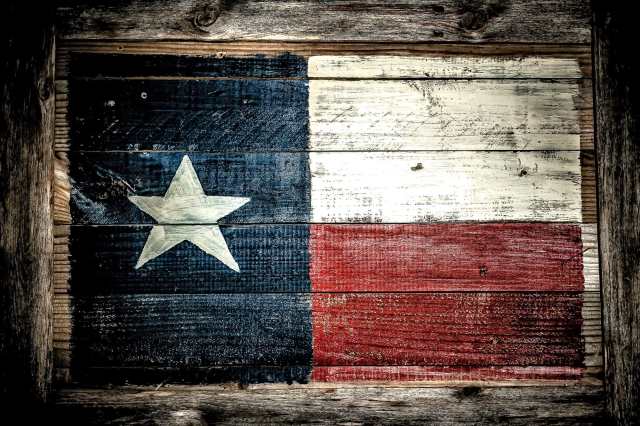 “Benny, if you’re out there, you’d better show yourself.  If this is another near death experience, I think I’m ready to just give up the fight and walk towards the light.  Where are the angels?”

This time, however, there was an answer.

It was a familiar female voice from somewhere to his right.  Suddenly, the lights went on in that part of the warehouse.  The fancy sports car was parked there.  Tex struggled to open the door as three armed men ran towards him.

Aspen, in her old school Art Girl costume, stood in front of the car and waved frantically towards the boxing ring.

Champ didn’t hesitate.  With his young, athletic body, he was able to adroitly maneuver through the ropes and out of the ring.  He sprinted to the car.

“Aspen, is that you?” he asked the figure in the oversized hoodie and mask.

Champ stared at her in confusion, like there was something familiar about the masked version of his friend that he couldn’t quite place.

“I don’t mean to interrupt whatever this is that’s going on between you,” Tex interrupted, “but could you give me a hand while I try to force open the door of this expensive car?”

Champ turned his attention to Tex, who then nodded towards the three armed men who were quickly closing ground.

“I’ve got this,” Champ assured them.

The young prizefighter did not even hesitate.  It was like he had trained precisely for this moment.  He dropped the first man with a vicious right hook.  The second man fell victim to a rapid fire three punch combo to the chest.  The third man tried to shoot Champ, but he never saw the left hook that left him unconscious and bleeding on the warehouse floor.

“You saved us!” Aspen cheered and ran over to give Champ a hug.

“Way to go, buddy!” Tex exclaimed and then finally solved the riddle of the car’s locked door.

“What’s happening?” Champ asked.  “I don’t understand what I’m doing back here and how you could possibly be here at the same time.”

She sat down, removed her case of chalk from her backpack, and began to draw something on the ground mere inches from where the three men lay sprawled.

“You didn’t let us go into this alone, and that’s all that matters,” Tex explained as he gave the much younger version of his friend a pat on his muscular shoulder.

“But what do I do now?” Champ asked in confusion.  “I can’t be this version of me and exist in the same world as the two of you.”

Aspen looked up from her drawing.  She had pulled the hood over her head again, so she was in all her full Art Girl glory.

“Run and tell the angels that everything’s alright,” she suggested.

Champ did his best to scratch the top of his head with his gloved hand.  “What angels, though?  I keep hearing about angels, but I never see any.”

“You could start with the one over there,” Aspen advised and pointed to the other side of the warehouse with her piece of chalk.

A spotlight magically turned on to illuminate a solitary figure in the distance.

“Run and tell the angels that everything’s alright,” Tex urged him with a wink and a tip of his cowboy hat.

Confused, but without a better plan, Champ sprinted across the warehouse towards the light.

He slowed down as he got closer to the light because he was afraid of what he saw.  The figure had its back to him, but Champ could see the long white robe and the immense wings.

He looked for a halo and harp, but neither was evident.  Even so, Champ was certain that this was one of the angels in question.

“Hello?” he asked with trepidation.

The figure slowly turned to face him.  The spotlight shining down became even more intense until the entire warehouse was filled with a blinding white light.

“It is so good to see you again, my friend.”

The voice was familiar, but Champ couldn’t see anything, so he couldn’t quite place it.

The figure opened its mighty wings, which protected Champ from the light.

“It’s you…” Champ mumbled in disbelief when his eyes had finally adjusted again.  “It is you, isn’t it?”

Champ had become dear friends with Charlie White in the months leading up to the man’s death.  Not only had Champ taught him how to play chess, but he had also kept his promise to make sure that his friend had a final resting place.

“I never had a chance to thank you,” Charlie explained as his angelic face glowed in a warm smile.  “Because of you, I wasn’t buried in an unmarked grave in a pauper’s field.  Now I can enjoy my eternal rest and for that, I am, for lack of a better term, eternally grateful.”

“I was my honor to grant your dying wish,” Champ confessed.

“Thank you for finding the right detective to trust with my secret,” Charlie added.  “The wrong one might have insisted I be dug up and reburied quite unceremoniously.”

“Thank you,” Charlie gushed.  “You’re looking good by the way.  Have you had some work done since I died?”

Once again, Champ’s cackle echoed through the empty structure.

“I suppose I have you to thank for this,” he said as he motioned at his lean, mean form.

Charlie smiled.  “There is a higher power at work.  I am merely an angel who requested the opportunity to thank my hero.”

Champ waved him off with his right hand.

“I was just an everyday guy happy to help his friend deal with a daunting situation,” Champ explained.  “I don’t suppose you’re here to do the same.  Have you come to guide me to the light so I can join you in the great beyond?”

Charlie shook his head.  “It is not your time, my friend.  When it comes, however, I promise to be there to ease you into it as you did for me.”

“I’d appreciate that,” Champ agreed.  “So I take it this is the last time I get to run around in this athletic, young body?”

“For now,” Charlie confirmed.   “Go back to your friends.  They need you.”

Champ nodded.  “Goodbye, Charlie.  I’m sorry I wasn’t there for your final moments.”

Champ had regretted that he wasn’t present when Charlie had died, and he still carried that guilt with him all these months later.

“But you were there when I needed you the most,” Charlie reminded him.

Champ smiled.  He took one last look at his friend the angel, and then turned to walk back towards where he’d left Aspen and Tex.

He couldn’t wait to tell them about meeting Charlie, but wondered if they would believe him or write it off to the ramblings of an old man who’d been punched in the head one time too many.

As he walked away, an angelic voice serenaded him…

There goes my hero

Watch him as he goes

There goes my hero

Champ woke up in his hospital bed with a huge smile on his face.  He didn’t check to make sure he was old again, that his hair was long and wild, and that his nose was mashed to a pulp.

He knew all was right with the world.  All he wanted was to be reunited with Tex and Aspen.

He pushed the button to summon a nurse.

Native New Yorker who's fled to the quiet life in Maine. I write movies, root for the Yankees, and shovel lots of snow.
View all posts by Austin →
This entry was posted in Humor and tagged crime, detective, fiction, Humor, Modern Philosopher, mystery, Sarcasm, satire, serial, short story. Bookmark the permalink.

19 Responses to The Undisputed Champions of Texas, Part 31