“What do you mean the body’s gone?” Detective Arturo “Chip” Bruno asked impatiently of the rookie patrolman who looked like he was about to cry.

“I don’t know, sir,” the rookie blurted.  “I checked for a pulse, and there was none, then I called it in.  I figured he wasn’t going nowhere, so I decided to secure the area, look for a weapon, or any sign of who might’ve done it.”

Bruno gave the kid a long, hard look, but he didn’t go off on him.  What would be the point?  Someone had to do the grunt work on this case, and it sure as hell wasn’t going to be the guy with the gold shield.

“So where does a corpse go?” Bruno pressed.  “Do we got a Walking Dead situation here?  Has the dead risen?  Is this guy out there looking for brains?” 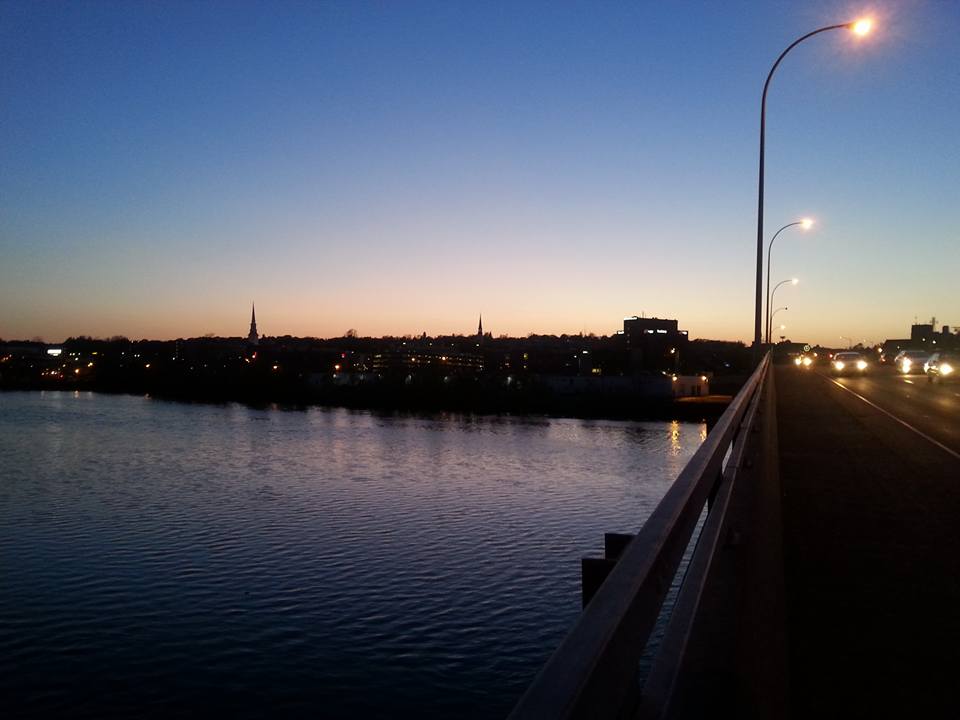 The kid didn’t know how to answer, so he just shrugged.  Even the rookies knew better than to get on the wrong side of Bruno.  His nickname might have made him sound easygoing and approachable, but he was the exact opposite.

He’d not earned the name from being a chip off the old block.  His Dad had been the gentlest soul he’d ever known, a career banker, who had literally given his life to his job when he died of a heart attack during a bank robbery.

“Chip” got hung on him after he crashed his bike during a death defying stunt at age nine, that led to his chipping both his front teeth.

Bruno had thought he looked pretty bad ass and wanted to keep his teeth that way, but his strict mother thought differently.  She refused to have any child of hers “look like a gypsy hillbilly”, a social group Bruno had never heard of until that moment.

Since dentists were expensive, and his mother a vindictive tight wad, his bike was sold to both help pay the bills and to teach him a lesson.

“So you have no idea where the corpse went?” Bruno asked again because he was getting frustrated with the situation.

It had been a long week.  He hated summer because the other detectives took time off, but the murders didn’t stop.  So he was up to his neck in corpses and paperwork.  The fact that this case didn’t currently have a corpse did nothing to improve his mood, though.

“Maybe it got sucked down into Hell where it belongs,” a cold, curt voice broke the silence.

Bruno turned around, really pissed now, and ready to blow his top at the wise ass who had not only decided to sneak up on him in the dark, but had also mouthed off to him.

He never finished the sentence.  Instead, he snapped his mouth shut, and quickly made the sign of the cross.

“Sister Mary Catherine,” the intruder introduced herself sternly.  “The corpse that stained this sidewalk earlier belonged to a man who most certainly will spend eternity in Hell.”

Few things in this world, other than his mother, frightened Arturo Bruno.  Nuns absolutely  topped the list of things that gave him nightmares.

“I’m sorry, Sister,” he said and added a slight, reverent bow of the head.  “Does this mean you know the man who was murdered?”

“And that you can back me up that there really was a corpse?” the rookie blurted out and immediately regretted it.

The kid couldn’t figure out which angry glare freaked him out more.  He just took two steps back until he was enveloped by the darkness.

“His name was Charles White, and he has been a plague on this parish for years.  He’s robbed the church, the school, and the homes and vehicles of our parishioners.  Yet for some reason, he continued to walk free.”

Bruno scratched his head.  Not because it was itchy, but because he was trying to buy some time to think up an answer that wouldn’t get him rapped on the knuckles with a ruler.

“I don’t know anything about that, Sister, but I promise you I will look into it.  Thank you for that information.”

Twelve years of Catholic school had taught him to always speak to a Nun with respect, and to never give her an answer that would imply you didn’t care about the topic in question.

“I expect to be kept in the loop about this investigation,” she informed him.  “After all, the man was killed on church property.”

Bruno looked around the empty lot in confusion.

“The church owns this?” he asked.

“Of course,” Sister Mary Catherine replied with obvious disappointment in her voice that he was not aware of that fact.  “This is the parking lot of St. Sebastian’s Elementary School.  What is your name, Detective?”

She glowered at him.  “I asked you your name.”

Bruno gulped and wished he could disappear into the shadows with the rookie cop.

She threw him completely off by flashing a smile.

“An Archangel for a middle name,” she nodded with clear approval.  “Someone raised you correctly.  There’s hope for you yet.”

“Consider me your liaison with the church for this investigation,” she informed him.  “The Archbishop will call the Commissioner in the morning to make it official.”

He knew better than to disagree with a Nun.

“Most certainly, Sister Mary Catherine,” he replied like a proper Catholic school boy.

Once she was gone, Bruno felt his entire body relax.  He turned his eyes to the heavens.

“Why couldn’t it just have been zombies?  That would be so much better than Nuns…”

Native New Yorker who's fled to the quiet life in Maine. I write movies, root for the Yankees, and shovel lots of snow.
View all posts by Austin →
This entry was posted in Humor and tagged Church, detective, flash fiction, Humor, Modern Philosopher, murder mystery, Sarcasm, satire, short story. Bookmark the permalink.

9 Responses to The Vanishing Corpse