“Do you agree that some people have an unfair advantage in life because they’ve been blessed with certain gifts that others haven’t?” Aaron asked in all seriousness from his bench on his side of the river path.

Holly, who sat on a bench on the opposite side of the same path, took a long sip of her coffee as she pondered her best friend’s question.  She took a little extra time returning her mask to the ready position before she replied.

Holly studied him as he lowered his mask, took a long sip of his Snapple, and stared out at the river for the longest time before finally replacing his mask.

It wasn’t like Aaron to dawdle with Coronavirus safety precautions, so there was clearly something distracting him today.

“Why don’t you give me some specifics so I better understand,” she suggested. 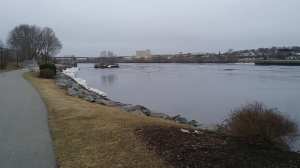 He shrugged like he didn’t care, but he was never one to shy away from a conversation.  Especially not one that was burning a hole in the portion of his brain where the Deep Thoughts resided.

“Some people are clearly more attractive than others, so dating is simple for them.  Other people are confident and outgoing, so they are able to get the things they want in life, while surrounding themselves with friends.  Then there are the athletes, who make everything look simple as they play a game for a living and cash massive paychecks for their troubles.  And let’s not forget the people who are born into money, so they live a pampered life and get everything they want.”

Holly allowed the words to hang in the air for a moment before trying to address them.

There was so much information there, and it was going to take her some time to figure out the root of what was eating at him on this overcast Sunday morning.  She hated to see Aaron upset, but she knew she risked irritating him even more if she asked too many questions, or worse yet, acted like she was trying to take care of him.

She was basically walking a tightrope without a net, but she had to do something.

“You have plenty of gifts,” she pointed out.  “You’re the best writer I know.”

Aaron snorted.  “Writing, the gift that keeps giving.  And by giving, I mean it always gives me reason to need another job to pay my bills and keep a roof over my head.”

“And there’s also my brilliant sense of humor that usually pisses off people either because they’re not smart enough to get the joke, or they can figure it out, and realize they are the butt of it.  Not exactly a gift that helps me become the social butterfly I so badly want to be.”

So this was the way it was going to be.  Holly took another sip of coffee in an attempt to control the rage that wanted to rise up inside her.  But she never could get angry at Aaron when he went into self-destruct mode.  That was when he needed her most.

In fact, she smiled because she realized that his little outburst was his way of reaching out and asking her for help.

“I suppose one could say that these gifted folks are a bunch of cheaters,” Holly told him.

Aaron raised an eyebrow.  This was a good sign that meant she had pushed aside the dark clouds enough to get his attention. 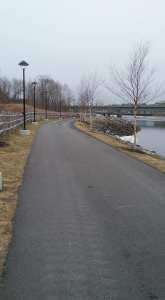 “Isn’t it obvious?” she challenged.  “The deck is stacked in their favor.  Of course they’re going to win.  The might have more than the rest of us, but at least we all know they didn’t earn it.”

The eyebrow returned to its proper place on Aaron’s face, and his expression to turned to something much more cynical.

“No offense, but I don’t think the chosen ones are losing any sleep over the moral conundrums of how they came to obtain their bounties.  All they know if that they have it better than the rest of us, and always will.”

Well that hadn’t gone the way Holly had hoped it would when she drew up the play on her mental chalkboard.  Damn Aaron’s gift of quick wit!

“That’s it!” she shouted and leapt up off her bench.

They was a momentary look of panic on Aaron’s face when he thought his best friend was going to violate the six foot social distancing zone between them, but that quickly vanished when Holly made no move in his direction.

“What’s got you all excited?” he asked calmly once assured she was no threat to his bubble.

“Your wit is your true gift,” she explained.  “It makes you unlike any other person I know, prevents you from wallowing in self-pity for too long, keeps away the pretentious morons that would make both our lives a living hell, and it gives you that edge that will eventually lead to your success in your chosen field.”

Aaron smiled.  He knew he kept Holly around for a reason, and pep talks like this one might very well be it.

Okay, he would stop being a cynical prick for just a millisecond and acknowledge that Holly was a very important part of his life.

God no, he wasn’t going to say that to her.  This was just an internal moment.  He couldn’t risk her getting a big head or something.

“And now we know what your gift is,” Aaron announced with a sly grin.  “You’re the world’s greatest bullshitter.”

They both had a good laugh at that one…

Native New Yorker who's fled to the quiet life in Maine. I write movies, root for the Yankees, and shovel lots of snow.
View all posts by Austin →
This entry was posted in Humor and tagged best friends, flash fiction, Humor, Modern Philosopher, Relationships, Sarcasm, satire, short story, social distancing. Bookmark the permalink.

3 Responses to Not So Gifted