Tuesday, Feeling Insignificant, Runs Away; Other Days Of The Week Quite Worried

The Calendar Commission definitely has a problem on its hands.  This Modern Philosopher has learned that Tuesday, the day of the week that bridges Monday and Wednesday, has disappeared without a trace.

While the Commission is not willing to make an official public statement at this time, multiple sources within the organization have confirmed that the day has run away.

What could have caused this to happen?

“She was very distraught about the popularity of the other days, and I guess all the hoopla over Friday the 13th finally caused her to snap,” explained Wednesday, who is closest to Tuesday not only on the calendar, but as a friend.  “She was very concerned about the fact that she was the only day of the week without a real hook…” 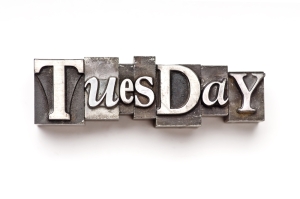 I asked Wednesday if he could better explain what he meant by the term “hook”.

“Monday is like the Black Sheep of the week,” he began.  “Everyone hates Monday.  He’s the villain, the archenemy.  He’s also the day of week on which many holidays fall, making him the back end of long weekends.  Who doesn’t love a long weekend?”

“I’ve been lucky enough to have been blessed with the whole Hump Day monicker,” Wednesday continued, as if embarrassed by his fame.  “Sure, there are all the dirty jokes linked to it, but it gets my name out there.  And that new Geico Hump Day commercial with the camel has really made me go viral.  I know Tuesday tried to act like she was happy for me, but I could tell my popularity was eating her up inside.” 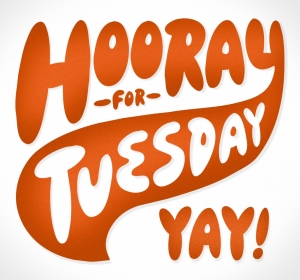 What about Thursday?  There’s nothing major associated with that day, right?  Wednesday shook his head.  “Thanksgiving,” he told me curtly.  “Biggest family holiday of the year.  Great history and tradition.  Truth be told, Thursday gets by all year on the strength of Thanksgiving leftovers.”

“Do I even need to explain why everyone loves Fridays?” Wednesday asked rhetorically.  “Saturday and Sunday are celebrities, superheroes, weekly royalty.”

So Tuesday was feeling insignificant and maybe even overwhelmed by her own lack of notoriety?  I supposed days of the week have the same issues as the rest of us. 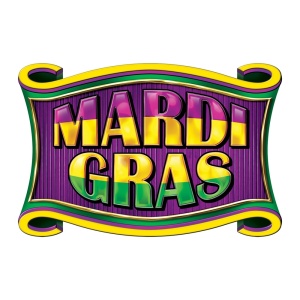 But what about Mardi Gras?  That’s always on a Tuesday?  “We tried that,” Monday explained having joined the conversation.  “I told her that Mardi Gras was a day unlike any other because it made her famous in another language.  There’s no other day of the week that gets a holiday with its name in French.  I thought for sure that would make her feel unique and life her spirits.”

Why didn’t it work?  Monday looked over at Wednesday, who just hung his head sadly.  “She yelled at me that Mardi Gras means Fat Tuesday, and she was humiliated that there was a holiday where people celebrated her weight issues.”

Poor Tuesday.  It all makes sense now.  Sometimes, even this Modern Philosopher feels like he is overshadowed those around him, or that the rest of the world is just laughing at him.  I understand your pain. 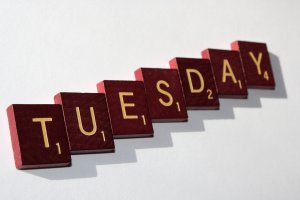 Tuesday, if you’re out there somewhere reading this blog post, we want you to know that we love you and want you to come back.  Our weeks would not be the same without you.  You’re the day that lets us recover from the horrors of Monday, and helps us to switch gears to enjoy Hump Day.  Without you, we’d be lost.

Please come back.  We need you.  We miss you.  We value you.  We worry about you.

Native New Yorker who's fled to the quiet life in Maine. I write movies, root for the Yankees, and shovel lots of snow.
View all posts by Austin →
This entry was posted in Humor, Philosophy and tagged Calendar Commission, calendars, Days of the Week, Humor, Modern Philosopher, runaway, Sarcasm, satire, Tuesday. Bookmark the permalink.

16 Responses to Tuesday, Feeling Insignificant, Runs Away; Other Days Of The Week Quite Worried