A Plea To Nike For Updated Running Toga Technology

Since your company is named after a Greek goddess, I thought that you would be the ones to approach about a much needed update in running toga technology.

I know you’re busy raking in billions from your very profitable lines of sneakers, but runners can’t run naked.

This isn’t Ancient Greece after all.

I have seen various kinds of Nike running apparel in sporting good stores, but I’ve yet to come across a Nike running toga.

Don’t you think the Greek goddess of victory would want the company named in her honor to produce a line of running gear that would’ve turned heads back in the days of Plato, Socrates, and Aristotle?

Those Ancient Philosophers were well known for having one of the most popular running clubs in Greece.  Running togas were as popular then as the Nike swoosh is now on a pair of sneakers.

Modern Philosophers might not be as well known or as highly regarded as their Ancient counterparts yet, but we are growing.

This blog currently has over 12,500 followers, and I am forever urging them to put on their running togas, lace up their sneakers, and hit the road for a run.

Nike should become the leader in the running toga market.  If Nike was to produce a line of high quality running togas, have a popular athlete endorse them, and get the necessary advertising support behind it, I bet America would look like Ancient Greece again.

I went for a run today, and my toga was so soaked with sweat by the end that I felt like I was wearing a queen sized bed, rather than a simple sheet.  I also had some nasty road rash, and had to hold my phone the whole way because I needed my music for inspiration, but my running toga had no pockets. 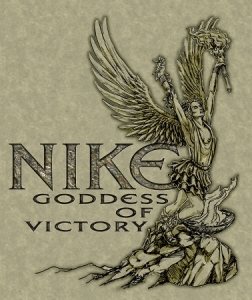 I am sure Nike could come up with a running toga made from a lightweight wicking material, with pockets for electronic devices and keys, and some spandex built in at strategic locations.

So what do you say, Nike?  I’m pitching this idea to you first on behalf of the growing Modern Philosopher market out there.

Do you think you can help us out?  Give it some Deep Thought and get back to me.

Or just do it!