My Top 5 States Of The Union

In honor of President Obama’s final State of the Union Address tonight, Modern Philosophers, I thought I’d address my My Top 5 states of the Union.

While it was not easy to narrow down the field from 50 to 5, some states took themselves out of the running right from the start.

You know who you are, California, New Jersey, and Massachusetts!

Seriously, though, the 50 United States of America form a perfect interlocking puzzle with two oddly shaped leftover pieces that we just shove off to the side.

No offense, Alaska and Hawaii, but we really just brought you on board because 50 is a nice, round number.  And we had to put Sarah Palin somewhere she couldn’t cause too much damage.

If you read my blog and live in either of those states, please don’t send too much hate mail.  The interns have more important things to do with their time than to read all your letters and and provide me with a threat assessment of every one.

Before I upset too many people, here are My Top 5 States of the Union…

1. Maine.  The state that occupies the top spot on my list should not come as a surprise, Modern Philosophers.  I left behind big city life to move to Maine and, despite the excessive amounts of snow and crippling winters, I really do love it here.

The House on the Hill is where I want to be, and the United States’ upper right hand corner is a beautiful and magical place in which to live.  It’s so peaceful here, the Otherworldly Beings are a delight, and I’m addicted to whoopie pies.

Why aren’t more of you Mainers? 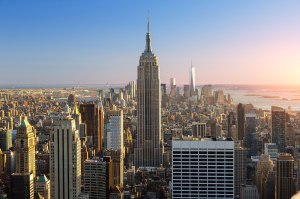 And I’m not just talking about the accent, which I can’t quite shake despite my best efforts.  I will always be a New Yorker even if I never again set foot in the state.  It’s in my blood, it’s in my genes, and it’s in some of the blood on my jeans.

The Yankees will forever be my favorite sports team, and they connect me to my hometown more than anything else  in my life. 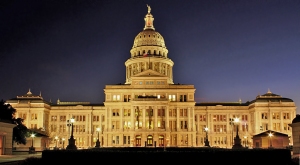 3. Texas.  I’ve never been to Texas for anything longer than a stopover on a flight from New York to Los Angeles.  However, I’m told on good authority that there’s a yellow rose waiting there for me.  That knowledge allows me to sleep soundly every night.

Of course, the real reason Texas nabbed the third spot is because Austin is the capital.

For all you states that didn’t make the list, you might want to consider renaming your capital.  Your fortunes could very well change overnight!

4. North Dakota.  This one might come as a surprise, Modern Philosophers, but it’s about time North Dakota got some love.

The state has been guarding our border with Canada for over 125 years now, and not once have those meddlesome Canucks managed to get through the North Dakota defense and invade our great nation.

Everyone knows that South Dakota gets all the attention because it’s the more tropical of the Dakotas, but Spring Breakers should really ditch the beaches of South Dakota and hit the Great North Plains this year.

5. Idaho.  I love Idaho potatoes.  That’s probably not enough to justify the state’s position on the list, but I just had a big plate of french fries and bribes clearly work on me.

Idaho got my sympathy vote.  It’s got to be the strangest looking of all the states on the map, and I’ve always been drawn to the quirky.

What are your top states of the Union, Modern Philosophers?

Native New Yorker who's fled to the quiet life in Maine. I write movies, root for the Yankees, and shovel lots of snow.
View all posts by Austin →
This entry was posted in Humor, Philosophy, Politics and tagged Humor, Idaho, Maine, Modern Philosopher, My Top 5, New York, North Dakota, Politics, President Obama, State of Union, Texas. Bookmark the permalink.

16 Responses to My Top 5 States Of The Union