The Snow Came, I Was Not Aroused

Another storm has battered Maine, Modern Philosophers, and I find myself neither tattered, nor torn.

This blizzard was supposed to be one of Snow Miser’s finest, so they decided last night that the office would be opening late this morning.  Snow Miser’s reputation had earned him that kind of respect even though this winter has been very mild.

Surprisingly, my stress levels were not raging out of control.  I decided to approach this storm differently.  Rather than obsess over the weather for days leading up to the big show, I merely glanced at the reports.

I knew that snow was on the horizon, but the Winter Storm Warning was from 6pm last night until 1:00pm today.  I looked at the hourly report, and the snow was basically supposed to end by 7AM.

As a result, I was surprisingly very calm.  I’m proud of myself, Modern Philosophers.  Maybe I’ve finally turned a corner on this issue.

Since I know some of you actually enjoy the snow, I had the interns take some photos…

My theory is that Snow Miser has a command center inside my wishing well.  I can’t go inside to investigate, though, because I’m afraid that the freaky girl from The Ring is down there, too.

It managed to snow on my porch as well.  Still haven’t quite figured out how that happens, but my best guess is that Snow Miser sends out some tiny snow clouds from the wishing well.  They hover under the roof, and the world’s smallest snowflakes then pour out of them and litter my front porch. 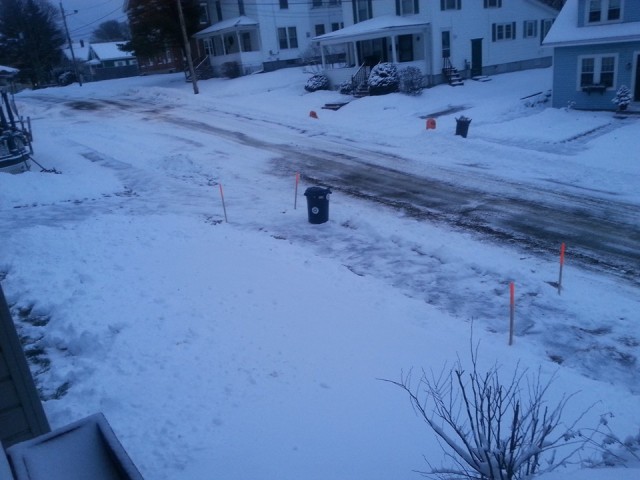 The City snow plow might have cleared my street, as evidenced by this photo, but it never gets the side streets well enough.

There’s no way to get from The House on the Hill to the highway without cutting down a side street, and that’s where Zombie Car always struggles.

Since I had decided to approach this storm differently, I tried something outside the box…

I walked down to the side street I use on my way to work, and I shoveled it.  The plow had made some progress, but there were still huge ridges of snow right where I needed to turn.  That would be a problem.

So I just stood in the middle of the street and cleared it to my liking.

The City snow plow passed as it made another run down my street, and I waved to the driver.  I hope he was confused and embarrassed by the fact that a civilian with a shovel was doing what he should have been doing with his giant vehicle.

My tax dollars not at work! 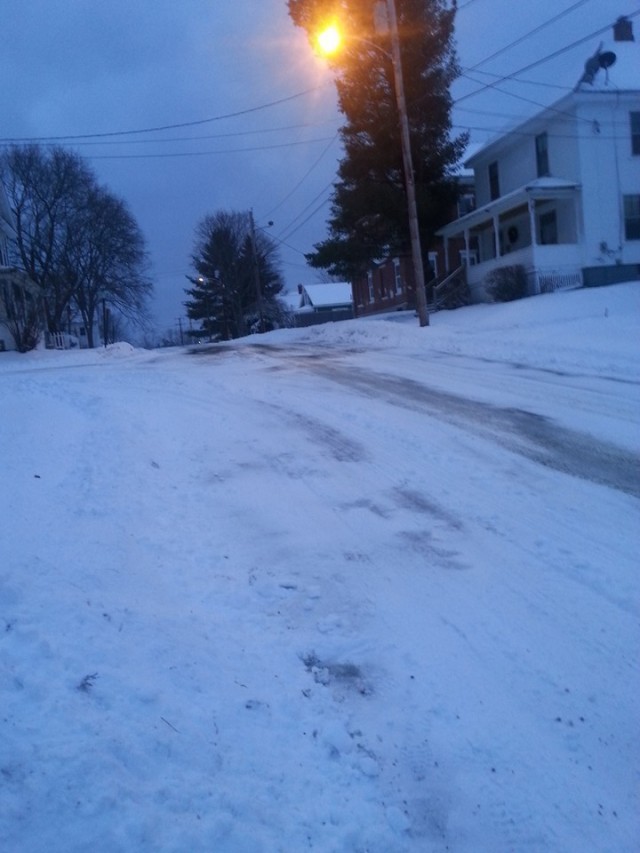 Yes, it looks like a Winter Wonderland, but it only gets that way after a lot of shoveling.

Maybe I’d enjoy it more if my company provided a horse drawn sleigh to transport me to work.  I’m going to bring that up at the next meeting… 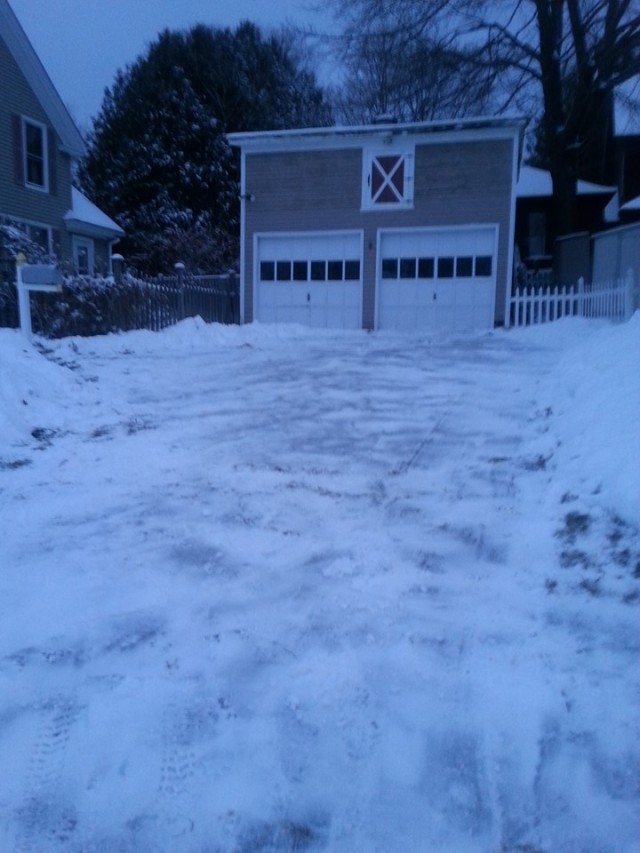 The finished driveway.  Not bad for a morning’s work, right?

Mark showed up with his snow blower to clear away the heaviest snow at the foot of the driveway.  By doing that, he freed me up to go shovel that side street.

I told you Mark was there.  He is the light at the end of that snowy tunnel.

It really is nice to have such great neighbors!

This photo is proof of Snow Miser’s presence.  The giant foot prints are from my enormous Monkey Boy feet.

That second set of dainty, feminine prints, however, are from the Ice Imp himself.  He came out to inspect his work at some point before fleeing into the wishing well.

He should be embarrassed to have feet that tiny! 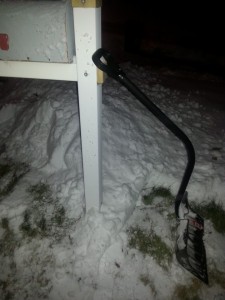 That’s the tool of my trade.  This Snow Jedi’s lightsaber can cut through a storm’s aftermath faster than ever.

I guess twelve years of cleaning up Snow Miser’s messes have made me a pro at the art of snow removal.

Still, I get no excitement over the activity.  Imagine that! 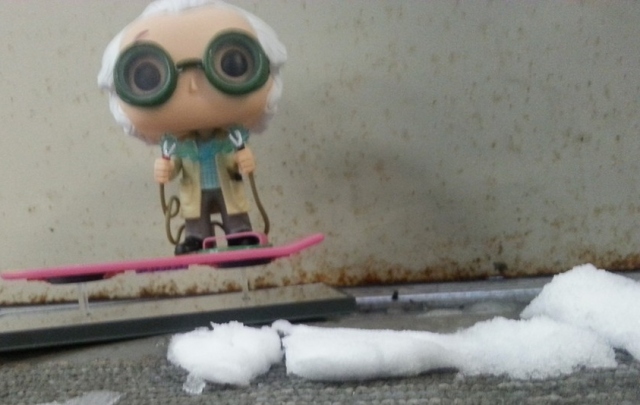 I thought I’d leave you with this fun photo, Modern Philosophers.

Here is Doc Brown using his hover board to avoid the snow.  Crafty isn’t he?  Hope you enjoyed this little tour of Maine’s most recent storm.

How’s the weather out your way, Modern Philosophers?  Does the snow get you riled up, or are you as calm as I was with this storm?

If you’re bored with the weather, why not add some excitement to your winter by following me on Pinterest?

7 Responses to The Snow Came, I Was Not Aroused