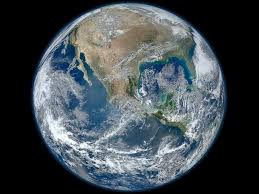 Aaron and Holly sat across the path from each other on their assigned benches.  It was a windy day along the river, so there wasn’t much foot traffic on the black top that separated them.

Holly knew the silence wouldn’t last.  She sipped her coffee and enjoyed the calm before the storm that would be Hurricane Aaron.

To her surprise, however, her best friend, who never failed to share his opinion, remained quiet.  He stared at his Snapple bottle like it was the most intriguing thing on Earth.

Unable to take the quiet any longer, she broke the ice.

“I really like your tee shirt,” she complimented him with a smile.

Aaron looked down at his chest as if he needed to be reminded of what he was wearing.  It was a simple, light green shirt, with the phrase “We’re All Earthlings” stenciled across it in bold white letters.

“Thanks,” he mumbled.  “I thought it appropriate given the current state of our planet.”

“I totally agree,” she concurred.

Holly wanted Aaron to expand on why he felt the shirt was appropriate, and years of study had taught her that the best way to get Aaron to speak his mind was to act like you knew exactly what he was thinking.

“There wouldn’t be as much strife in the world if we thought of each other as fellow Earthlings, rather than by race, religion, or nationality,” he explained without further prompting.  “That sort of thinking would unite us as one against the common enemy of whatever Alien population finally decided to invade our planet.”

“It makes perfect sense to me,” Holly agreed with a nod.

“Look at the Star Wars universe,” he continued.  “Everyone there was known by their home planet, not by what city or nation they were born in on that planet.”

“What about the Jedi or Mandalorians?” she countered.  “They were classified by their beliefs rather than their home planet.”

Aaron shot her an icy glare across the fifteen feet that provided proper social distancing between them.  He did not like to be contradicted, but it was a great way to get him into a lather and force him to keep going down the rabbit hole of his argument.

Holly pulled up her mask as if that would protect her from his wrath, in addition to any random droplets out to invade her personal space.

“Fine, you make a good point,” he conceded.  “Overall, however, my argument is valid.  Most were known by their home planet, not their race…”

“Unless, of course, you were a Wookie or a Hutt,” Holly pressed her luck because what was the point of having an opinionated best friend if you couldn’t push his buttons and set him off when you needed some entertainment?

Aaron took a long sip of his Snapple, both to give him a chance to calm down, and her time to get out any other annoying points she wanted to make.

“Look at the Senate,” he finally continued.  “There, people were represented by their planet, not by the nations that made up the population of those planets.  Those planets then banned together to fight their common enemy, the Empire.”

“So what you’re saying, if I’m following your argument, is that if we treat each other as Earthlings, we can end prejudice and racism, and eventually blow up an infinite number of Death Stars and defeat the Empire?”

“Something like that,” Aaron mumbled like a kid who had just watched his best friend let all the air out of his favorite balloon.

Holly smiled, not because she enjoyed hurting Aaron’s feelings, but because he was so damn passionate about every idea that he allowed to escape his brain and venture out into the world.

The world would be a much better place if there were more Earthlings in it like Aaron.

“I think you’re on to something there,” she boosted his ego.  “There’s too much ‘Us versus Them’ in the world.  If we all thought of each other as Earthlings first, it would eliminate all the ‘Them’ from the equation.”

Aaron conjured up a weak smile.

“I’m glad you agree because we need to do something to save this planet from its occupants.  I don’t care how many times Michael Stipe says it, we should not feel fine about the fact that it’s the end of the world!”

“Love your fellow Earthling!” Holly screamed at the top of her lungs.

Aaron might have been the only one to hear her plea, but it was enough to turn his weak smile into a million dollar one…

5 Responses to Love Your Fellow Earthling