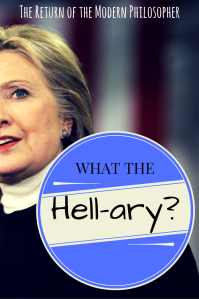 “Hey, buddy, do you have a second?” the Devil asked a little too sweetly from the doorway that led from the foyer to the living room.

The innocent smile on his handsome face set off my internal alarms as I glanced up from my laptop to see what my guest wanted.

“What’s up?  You’re late today,” I commented as I looked down at the imaginary watch on my right wrist.

“That’s the thing,” Lucifer hemmed and hawed and as fiddled with the cuff links that perfectly matched his impeccably tailored suit.  “I stopped by at my usual time, but The Other Melissa was here and I didn’t want to interrupt.”

I smiled at the thought of Mel’s surprise visit earlier in the afternoon.  Or was I smiling because I was still buzzed from the two rum and cokes I’d enjoyed while she was here?

“You should’ve come in,” I reassured him.  “She would love to meet you.  The two of you have a lot in common.”

The Prince of Darkness’ face lit up at what he assumed was a compliment.

“Is that because we’re both very attractive and well dressed?” he asked from the doorway.

“No,” I quickly wiped that smile off his face.  “It’s because you both have a gift for driving me crazy and leaving me mumbling to myself after you leave.”

Satan did not come right back at me with a witty retort, and that was when I knew for certain that he was up to something.

“The Other Melissa has left I take it?” he asked somewhat rhetorically.  “I ask because I thought her presence meant I should bring a guest to our regular Sunday meeting, so I left to get my plus one.  And now I find you alone.”

I raised an eyebrow to that one.  Only The Devil, who came and went from The House on the Hill like he lived here, would think it okay to bring an uninvited guest.

“Yes, she’s gone,” I replied with all the patience I could muster.  Luckily for Lucifer, my day drinking buzz was still strong, so it was almost impossible for me to get mad.

“Who did you bring to my home unannounced?” I asked passive aggressively.

“Someone I thought you would enjoy meeting,” The Prince of Darkness replied eagerly.  “The only problem is that she’s had a major shock to her system lately and as a result, she has been unable to speak for the last couple of days.”

This sounded like a total nightmare.  I had monologue jokes to write, and wasn’t in the mood to play host to a psychologically damaged mute.

Maybe if I had another rum and coke…

Before I could get up to replace my Snapple with something a little stronger, Satan finally stepped into the room, followed by his companion. 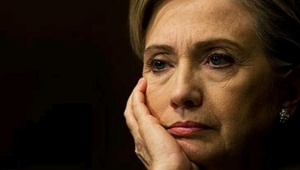 Holy Moses, if it wasn’t Hillary Clinton in the flesh!  Resplendent in a black pantsuit that was appropriate both for business and for mourning, she stood in the middle of my living room with a lost look on her exhausted face.

“Why is Hillary Clinton hanging out with you?” I had to ask even though I was terribly afraid to hear the answer.

“She’s trying to back out of our arrangement, and since I won’t give her what she wants, she has taken to following me everywhere,” The Devil explained with a heavy sigh as he came over to sit on the couch.

Hillary remained in the middle of the room, staring at nothing in particular.

“She made a deal with you?” I asked in utter surprise.  “Of the two candidates in the race, Hillary is the one who made the deal with the Devil?”

Lucifer shrugged.  “As you well know, Donald Trump traded me his soul decades ago, so he had nothing left to give.  Plus, I still don’t believe he wanted to win.”

“Hillary, on the other hand,” he continued as he grabbed a Snapple out of the cooler and pointed at the former Democratic Presidential nominee, “wanted it so badly, that she was willing to take any steps necessary to ensure victory.”

“So then why isn’t she the next President of the United States?” I asked angrily.

“You know I’m a stickler for wording,” The Prince of Darkness quipped with a Devilish grin on his face.

“What did she request?” I demanded.

“She came to me two days before the election and pleaded for me to make sure she got more votes than that misogynist, racist windbag.  Now she almost forgot to say Donald Trump, but I allowed her to clarify because, truth be told, I am with her,” Satan confessed.

I put my head in my hands and felt my stomach turn when I realized what The Devil had done to the poor, shocked, mute woman standing in the middle of my living room.

“That’s why she won the popular vote, but not the election,” I growled when I finally looked up at the personification of evil who was sipping a Snapple on my couch.

“All she asked was to get more votes than Trump,” Lucifer hopelessly attempted to plead his case to a jury of one who had already found him guilty.  “You have to understand the get that Hillary was for me.  With her in the fold, I’d be able to recruit the quality of souls who would never usually give me the time of day.  This was a game changer.”

I snatched the bottle of Snapple from his perfectly manicured hand and pointed in the general direction of the front door.  “Get out!” I commanded in a voice that made it clear this was not a request.

“I know you would’ve preferred her in the Oval Office,” The Prince of Darkness stated,  “but what kind of President would she have been for the citizens of this great nation if she couldn’t even successfully negotiate a deal for her own eternal soul?  Trust me, Austin, the better deal maker will be moving into the White House in January.”

Maybe he had a point, or maybe he was a @#$%^& swindler.  The fact of the matter, however, was that the broken woman standing silently in the middle of my living room didn’t deserve the outcome the Devil and the Electoral College handed her.

I’m not saying you’ll go to Hell if you don’t follow my blog or join me on Pinterest, but do you really want to risk messing with The Prince of Darkness after what he did to Hillary Clinton?

Native New Yorker who's fled to the quiet life in Maine. I write movies, root for the Yankees, and shovel lots of snow.
View all posts by Austin →
This entry was posted in Humor, Politics, Writing and tagged 2016 Presidential Election, Deal with the Devil, friendship, Hillary Clinton, Humor, Modern Philosopher, Politics, sarcasm, satire, short story, The Devil. Bookmark the permalink.

10 Responses to What The Hell-ary?